Despite the hiccup last week, the US stock markets are still flirting with record highs. Yesterday, Goldman Sachs has revised its year-end target for the S&P 500 to 2,050, up from the previous target of 1,900. Against the backdrops of the Fed’s highly accommodative monetary policy, strong corporate earnings, and improving job markets, Individual investors are plowing money back into the U.S. stock markets. About $100 billion has been added to equity mutual funds and exchange-traded funds in the past year, 10 times more than the previous 12 months, according to data compiled by Bloomberg and the Investment Company Institute. At Julex, our quantitative model still indicates “risk on” and a continued bull market. Although no significant risks are imminent in the market now, investors should be mindful of four things that could derail market rallies.

Qualitatively and Quantitatively, we still believe we are in a continued bull market and “risk on” regime and have our managed portfolios positioned accordingly. The four economic and market factors we are tracking are all point to a positive risk-taking environment (see graph below). However, investors need to be aware of the potential risks in the markets. 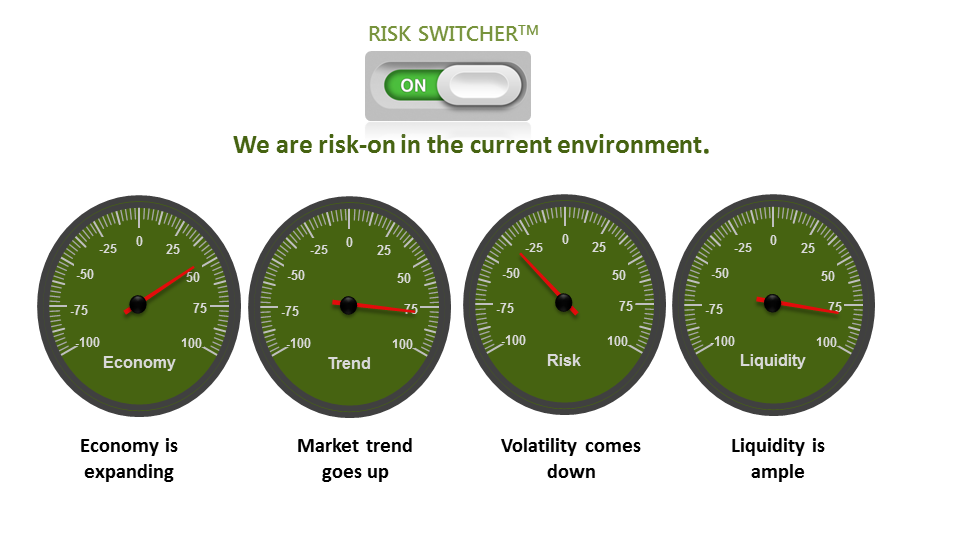